I had the opportunity to contribute to this project by:


“ Light and music energise the architecture of Durham Cathedral.
Shape-shifting video-mapped projections animate the Cathedral, highlighting the significance of the building as both an iconic historical structure and a modern symbol for the city. A composed generative soundtrack constantly changes and evolves, raising through a crescendo that moves in symphony with the spirituality of the Cathedral. You’re invited to manipulate the installation by interacting with one of two stone controllers. ” From Lumiere 2019 Festival Program

“ ‘Stones’ consists of a shape-shifting, video-mapped projection, and will highlight the cathedral as an iconic historical structure as well as a modern symbol for the city. Set to a rousing soundtrack, some lucky festivalgoers will even be able to interact with the piece, manipulating the images shown by the use of a [4 stones] controller. ” From Durham Cathedral News 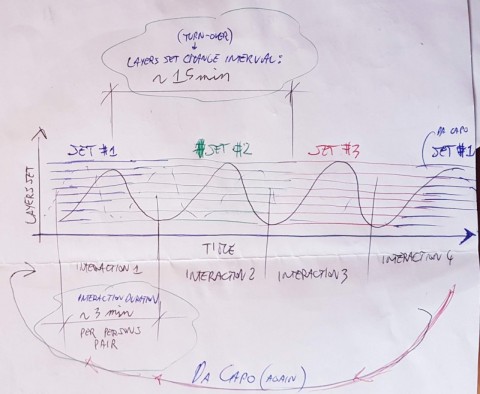 Stones - Interactive Projection Mapping - Lumiere Festival 2019 from Tigrelab on Vimeo (music not from the installation).

I had the pleasure of contributing to this project by:

Interactive show at Torre Glòries for SEAT from Protopixel on Vimeo.

Tigrelab + Proto·Pixel
Live voice processing and effects designer / programmer
May 2018, Berlin, Germany
The piece, presented for the first time in the Funkhaus Sound Chamber in Berlin, allows people to freely act over the light and soundscape through a microphone placed in the middle of space.
Several live sound effects were developed with Pure Data to be applied to the visitors voices.
The sound coming from the microphone was also analyzed, sending various extracted parameters to the Cinema 4D plugin developed by Proto·Pixel, and used by TigreLab to control the lighting in real-time.

15 seconds of light from Tigrelab on Vimeo.

Proto·Pixel
Freelance programmer / sound designer
May 2014, May 2015, Barcelona, Spain
I programmed a generative heart-beat and breath sound simulation for the interactive installation The Glitch Chamber for Hendrick's Enajenatorium in Madrid.

The Glitch Chamber from Protopixel on Vimeo.

I also programmed a real-time music analysis system for controlling fountains with lights.

Gràcia Territori Sonor + Illa Diagonal
Freelance programmer / Soundscape designer
April 2011 - September 2011, Barcelona, Spain
In the context of the Gràcia Territori Sonor D.O.M.U.S. Project, I developed a software system that creates generative music and soundscapes on eight separate channels, distributed across various zones of the Illa Diagonal shopping mall. A pleasant and non boring listening experiences is offered both to the visitors, and to the owners of the shops located in the areas and venues in each zone. The developed system has also been the basis for extensions by subsequent artists.


Here a document detailing the functioning of the system.

Reactable Systems S.L. + UTE Fonts
Freelance 3D programmer
July 2010 - December 2010, Barcelona, Spain
I programmed a 3D simulator of the Magic Fountain of Montjuïc, one of the major attractions in the city of Barcelona. The simulator allows to visualize in real-time any choreography, making it easier for the user to efficiently accomplish the desired performance of the Fountain saving time, water, and economic resources 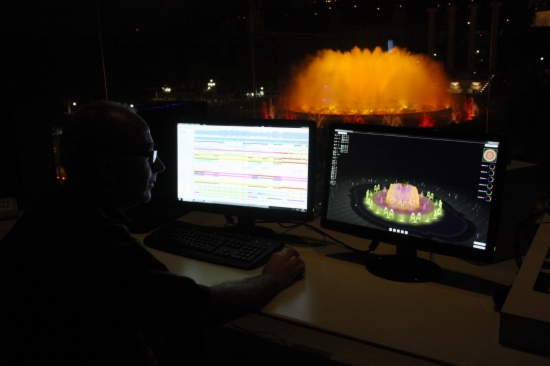 With the Barcelona Laptop Orchestra we performed an improved version of the piece "Poéme Symphonique pour 100n metronomes" (see below) at the Sound and MusicComputing 2009 conference in Porto. You can see here below a (bootleg) video of it. 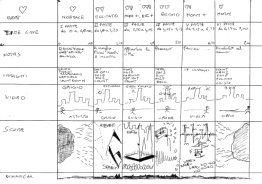 "Bowlie" is an Instrumental improvisation controlled by a conductor using a networked interactive physical simulation of a sphere moving inside of a slightly bowl-like surface (hyperboloid). A conventional language is used to communicate with the various musicians by mean of scores represented on their own laptop's screen.
The conductor can throw and freeze the spheres and can control the speed of the simulation time. The sphere will tend to reach its equilibrium in the center of the surface.

György Ligeti's work Počme Symphonique pour 100 metronomes (1962) was originally performed by 10 players under the leadership of a conductor. Each player operated 10 metronomes which where charged and then let to play up to their halting. Poeme Symphonique pour 100n metronomes is a reinterpretation and multiplication of this original piece. The real metronomes are substituted by virtual ones and the players by some personal computers. There are various groups of metronomes, each one consisting of 100 metronomes.
This work explores some geometric relations between sonic and visual patterns. These patterns are obtained just by controlling the starting time and the speed of each one of the metronomes. A real metronome is also used to influences these whole groups.

An early version of the application can be found here (ZIP, 832 KB)